Timeline of the Grey Dragon World

From the author of “True Deep Histories”, Anderf Blastlon, comes the deepest of all dives in true histories. Following is an excerpt from his newest book “Timeline of the Grey Dragon world”

Quote from the author: “The <Timeline of the Grey Dragon World> is the truth about this world. All other histories are not scientific in the true historians’ way. You can buy your signed copy of the tome from the main library of Wizardland.” 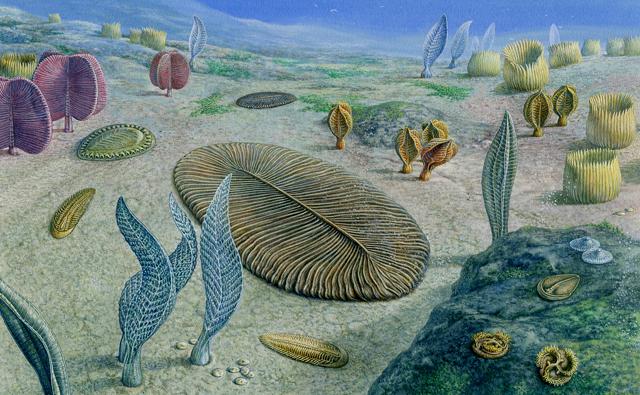 Similar to the  Hadean, Archean, Cryogenian and Ediacaran Era. 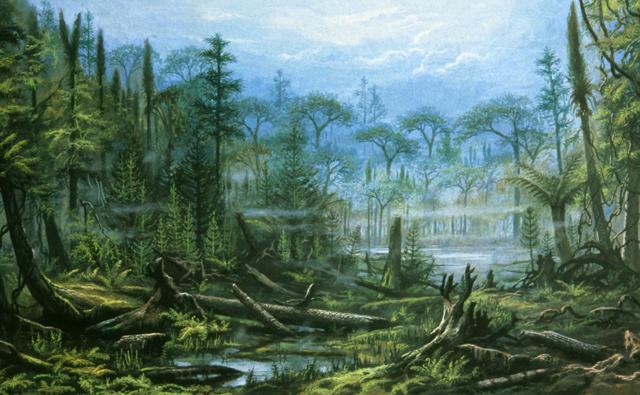 The evolution of small lizards into dinosaurs with all kinds of diversity is here. Most of them are plant eaters with ample supplies of plants to eat. So ample that they could share with other beings… 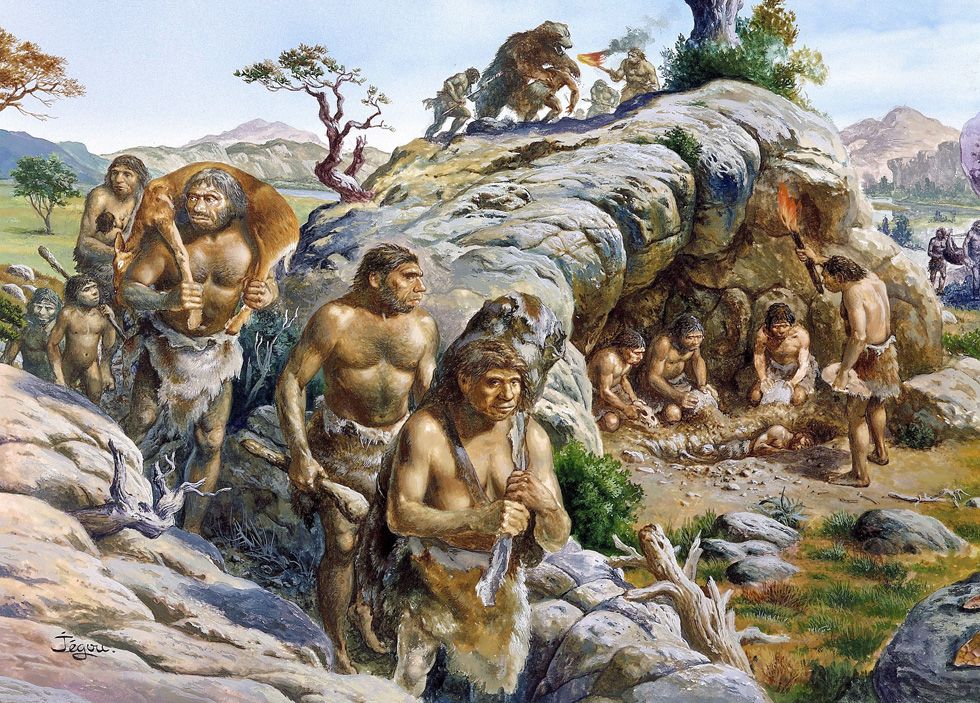 Along side dinoes, and closer to the mountainous regions an Ape spawned tribes. With bigger brains came the evolution of cavemen and the revolution of fire. BeastMen are an almost unchanged chain from this early man, and they can be found in modern GDW in remote areas. Alongside the evolution of the apes to intelligence, and almost at the same time an early god evolved to the Ancient Orc Lords. The proto human race exit its caves and form agricultural communities. Argicultire consists of protograins, bulbs, snails and small birds. The wheel is invented and humans start traveling the world. Ancient Orc Lords are found in the more fertile lands and in some cases they are treated as gods. 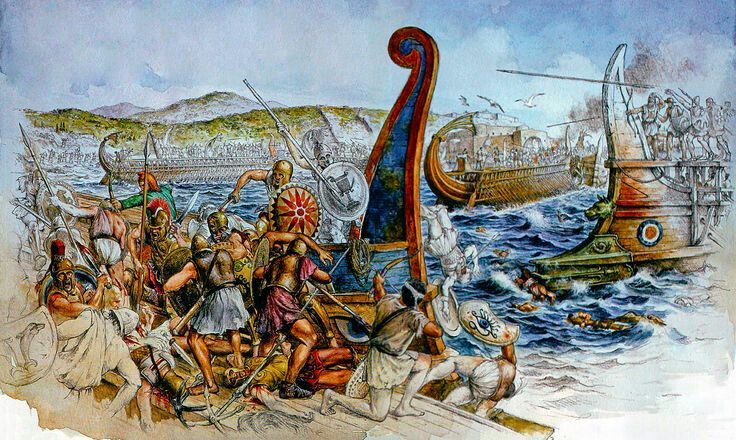 Women and men are ready to be proud of themselves and their civilizations. Cities are built and Grand Monuments honor non-exixtant Gods.

The emergence of trade between continents and nations gives the world 800 years of tranquility and 1200 years of plagues and stagnation. The OcrLord nations are unaffected and their pirate ships endanger this time of prosperity. Orcs trive on this borrowed prosperity.

Scientists make clone slaves for mining the entire planet. Great undergound routes are made, trains cross the planet’s cold core. The need to work is now limited in processing materials and not in finding it and growing them.

Internets and electronic libraries accessible to all make for an all literate world. The last of the famed mystics disappears, believed to have died.

The need to learn becomes paramount and to work needless. Robots made labor unimportant within 50 years.  Peace and prosperity is all over. The orclords spend their entire loot to match the current prosperity of the human nations.

War machines allied with dwarf worker unions revolt. THe revolution is lead by the ideology of 7 Ecologists. Death prevails as the production of everything is destroyed and governments use nihilation bombs against the eco guerillas. Chain reaction in the upper atmosphere destroy almost all life and lands.  The 7 ecologists survive with a cluster of 4000 eco scientists. They establish new ecosystems in the “Rock lands” that are all is left. new species are supported to evolve.

Long buried dino eggs are bread into healthy populations. Most of the world -but for the 15 cities- is now inhabited by dinosaurs. The ecoships drift eventually sink due to lack of fuel and uninspiring leadership. The 15 cities face a future of diminishing resources and so they plan a limit to their population to 500-1000 each. The last of the OrcLord tribes disappear and civil wars destroy the orc lands and civilization.

The egg falls north of the eco empire. 4 families of elves are born and the world is infused with magic. The Gray One hatches and gives birth to the 150 matriarch-dragon-eggs.

The 150 original Dragon Matriarchs  give birth to Chromatic and Metallic Dragons. They mostly feed on the dinosaurs avoiding the Eco Empire. This makes the Empire blamed for a secret pact that created this carnage. The Eco Empire during this time of peace fuses Tech and Magic. The minotaur  nation of Ta is formed.

THE ECO EMPIRE SEES THE OVERGROWING POPULATION OF DRAGONS AS A PROBLEM AND DEMANDS THE LIMITATION OF BREEDING. THE DRAGONS DENY THEIR DEMAND.
THE ECO SCIENTISTS USE THE OLD TECHNOLOGIES WITH THE NEW POWERS OF MAGIC, AND MAKE THE DRAGONKILLER ARMOR BOW AND SWORD. THEY CHALLENGE THE DRAGONS IN A DUELS BUT THEY ARE IGNORED. THE DRAGON KILLER GAINS A FLYING MACHINE AND GOES AFTER THE DRAGON matriarchs. THE ONES THAT ESCAPED the bronze the ruby and the white matriach INFORM the Grey One OF THE ANNIHILATION.
HE BEING TOO LARGE TO COMFORTABLE LIVE ON THE PLANET HAD STARTED STAR TRAVELING. THE GRAYONE COMES BACK AND KILLS ALL ECOMEN.
He spares  190 ECOMEN AND WOMEN. 100 OF THEM ARE PLACED AS HIS EGGSHELL KEEPERS , AND THE OTHER 90  roamed the planet attemting to cure it of their destruction. He being too large MADE FOR THE HEAVENS- basicaly transorfming onto the moon. He is still alive there and his breath through time created an additional layer of of magic around the world. A layer of healing and creation magic.

THE GOD GIVES DREAMS TO THE DWARVES TO COME TO THE OPEN. AS THEY COME OUT OF THEIR CAVES THEY EVOLVE INTO MEN. Some BREED WITH THE ORCSlords AND MAKE A RESPECTABLE ORC CIVILIZATION. The new MEN START OVER.

WITH THE HEALING FROM ABOVE ALL RACES LIVE TWICE AS LONG AND MANY TIMES BETTER, THE GO THOUGH THE PROLIFIC ANCIENT AND MEDIEVAL AGE FAST AND REACH AN EQUILIBRIUM BETWEEN NATIONS. WAR IS ALMOST NEVER AN OPTION AND WHEN IT HAPPENS IT IS ONLY BETWEEN MAGES AND ARMIES ALWAYS AWAY FROM CITIES AND CROPS. GREAT AND DIVERSE CIVILIZATION PROSPER WITH RELATIVE LACK OF THE CONCEPT OF GREED.

Before the fall of the Egg lack of magic blocked communication with the planes. Since then the Grey Dragon protected his world from outside interference. Believing that the world is now mature enough to accept outside influences HE unblocks the planes. HE actually creates a few gates to force this communion.
Share this

Naloo | Dwarves of the Trees and Water

Naloo is one of the greater dwarven states. It is famed for its curated forestry and for its deep lake plantations. Naloo is its…

Horia is the easternmost of the northern large states. It is rumored to be the home of the most ancient human city, but this…

Mes is the Stronghold that separates the North from the South (in the Northern Human States). It has a very strong military tradition, and…

The Logarian family is one of the oldest in Lacquered humanity, they…